In the space between pioneer photographer Ricardo Rangel and the new photographers who have taken part in BES Photo and Gulbenkian’s Next Future – Mário Macilau, Mauro Pinto and Filipe Branquinho –, there are the works of those who differed from what we might refer to as the Mozambican school of photography, the photojournalistic and humanist tradition, which, incidentally, has quite a few good authors in its ranks.

JOSÉ CABRAL (b. 1952, Maputo) is the man behind the rupture, having instilled the desire for a personal discourse in Mozambique’s photography collective, a discourse based upon a wide knowledge of international photography and in broad cultural interests, going beyond the national and African framework.

The autobiographical reference in his last three exhibitions – “As Linhas da Minha Mão” (The Lines of My Hand), 2006 Maputo, Photofesta; “Anjos Urbanos / Urban Angels”, 2009 at P4 Photography, Lisbon - http://2009/05/condicao-humana.html - and Maputo, “Espelhos Quebrados” (Broken Mirrors), 2012, Maputo – is a courageous contribution to bringing to light the role and place of the beholder, and in doing so, in exposing his own history as well, is a lucid artistic intervention in the present events of a rapidly changing country. Both during and after the collective dynamic, with its unforeseen and often terrible setbacks, it was time for each artist to question himself, as well as the sense of a common path.

In “De Maputo” there are works of those three exhibitions on display: personal anthology, children (Cabral’s and the other people’s, with an obvious differentiation in skin colour and social means) and the near self-portraits signalling courses of life and relationships. 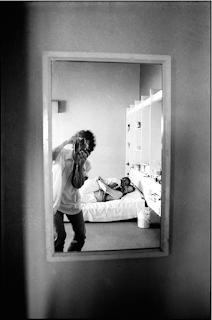 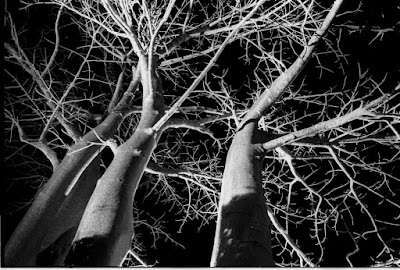 José Cabral is now the cultural reference and the unruly master of young photographers, with an extensive body of work dating back to 1975, when he began working as a photographer at the Instituto Nacional de Cinema (National Film Institute), followed by few years as an agency photojournalist, a newspaper photographer for Notícias e and Domingo, with Rangel, in 1981-82, and, later, a professor at the Centro de Formação Fotográfica (Centre for Photographic Education), between 1986 and 1990. In 1996 he published his first book, Guerra da Água (Water War), on Ébano Multimédia, in association with a Licínio de Azevedo film of the same name (in colour, with printing problems). He has tried to get by as a photographer in Maputo, which is no easy feat.

LUÍS BASTO (b. 1969, Maputo) is also a self-taught photographer, with a unique and recognizable language, present in international collective shows such as “Africa Remix” (2004) and Okwui Enwezor’s “Snap Judgments – new positions in contemporary African photography” (2006), in which he was Mozambique’s sole representative.

While building a large database of documentary footage of the country www.mozambiquephotos/Portfolio.html Luís Basto has also been a photographer of the city and the of the ability to survive that lies therein: “The mpty years are decades gone; with them the fate of a generation who had to fight war for other men’s reasons. Many born into peace have no memory of the fragmented lives that flooded the city as wandering souls. Where we came from and where we are now is framed not as much by time as by the dimensions of city space. We are in the windows, behind the doors, reflected citizens in all our contradictions.” – Berry Bickle, in Luís Basto fotógrafo / photographer, Éditions de l’Oeil, Montreuil, 2004, http://www.editionsdeloeil.com/index. 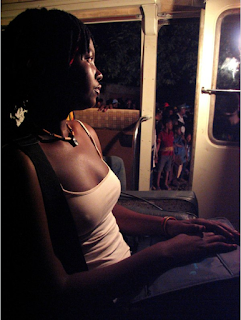 Going back in time, the exhibition includes two works by two authors who, in different ways, brought experience back from Rhodesia and South Africa to Maputo so as to develop original and independent careers in the years after independence, which they later interrupted.

ROGÉRIO (Pereira) was a photographer and photojournalist working in South Africa (1968-1977), Mozambique (1973-1979) and Portugal (1979-1987), whose formally demanding, politically committed and restless production stood out. Born in Lisbon in 1942, he was seven years old when he moved to Mozambique, and 45 when he died of cancer in Setúbal, Portugal, in 1987. In 1973 he exhibited at the Núcleo de Arte (Center for Art) Ricardo Rangel and Basil Breakey. In 1981 he showed his work at the Gulbenkian Foundation (“Momentos”).
In 1990 he was honoured with a retrospective show in two parts at the Associação Moçambicana de Fotografia (Mozambican Association of Photography), in collaboration with Ricardo Rangel, Kok Nam and José Pinto de Sá, who wrote the accompanying text. “Verdade” (Truth), another retrospective of his work, was part of the first edition of Photofesta, in 2002. 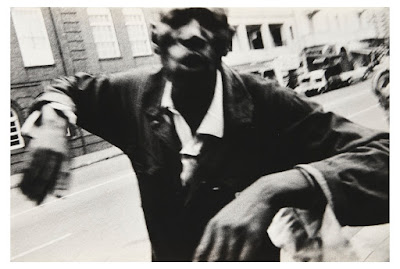 MOIRA FORJAZ is the author of Muipiti, Ilha de Moçambique (Muipiti, Island of Mozambique) – text by Amélia Muge, Imprensa Nacional, 1983, published without her supervision). Born in Zimbabwe in 1942, she visited Lourenço Marques / Maputo regularly since 1961. Holding a degree in Graphic Arts from the Johannesburg School of Arts and Design, Moira Forjaz worked as a photojournalist in Southern Africa since 1964, and lived in Maputo between 1975 and 1988. She helped create the Associação Moçambicana de Fotografia (Mozambican Photography Association), in 1981, and directed two films in that same year. 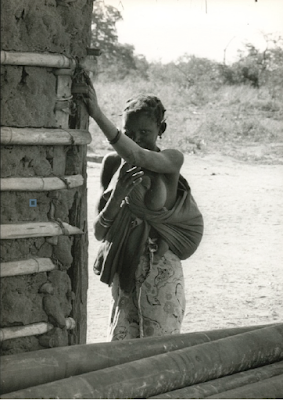 This exhibition was organized with Filipe Branquinho (http://filipebranquinho2013/04.html, http://www.magnin-a.com/artiste.php?id_artiste=45), with the complicity of Janice Lemos and Uno Pereira, in Maputo and Cape Town, as well as Isabel Carlos and Leonor Nazaré (at the Modern Art Centre of the Calouste Gulbenkian Foundation (http://rogeriona-colecao-do-cam.html), who made it possible for Rogério Pereira to be represented. Malenga and Mauro Pinto (http://www.magnin-a.com ) also assisted in the assembling. “De Maputo” is dedicated to Elisa Santos, who has been revealing the new “Ocupantes” to us ("Ocupações Temporárias", ocupacoestemporarias.blogspot.pt/2010/03.html.com Maputo 2010/2013, Lisboa 2013, and to Elísio Macamo, the sociologist who teaches us how to think, from Mozambique via Basel. 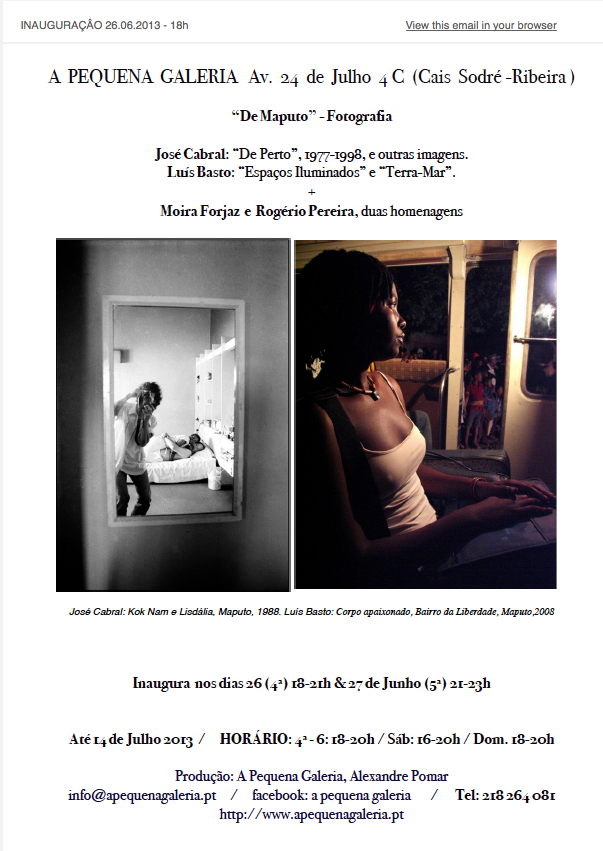 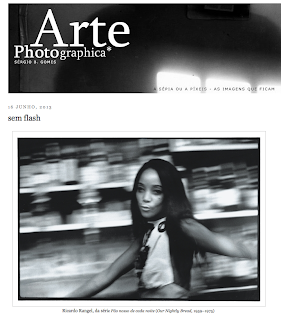 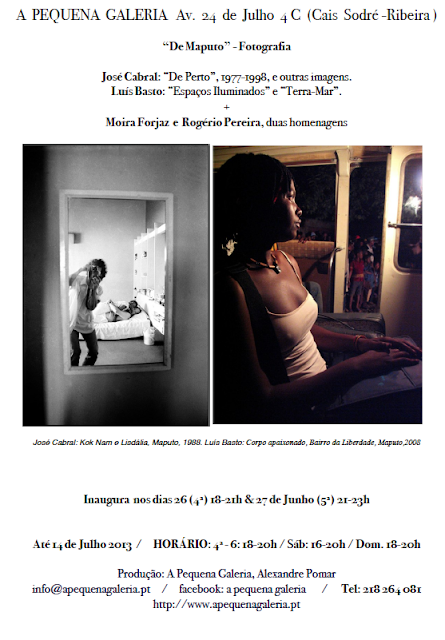 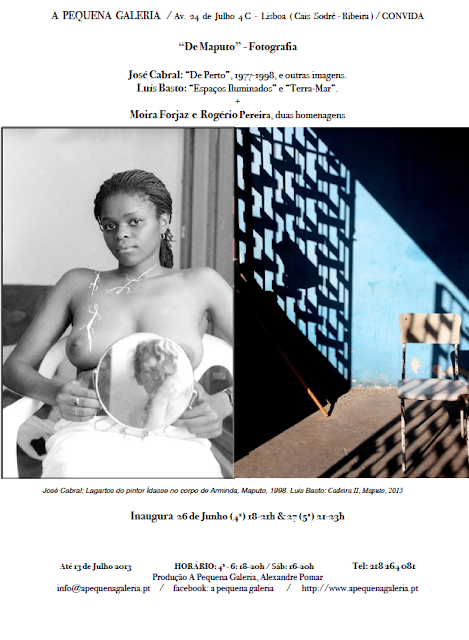